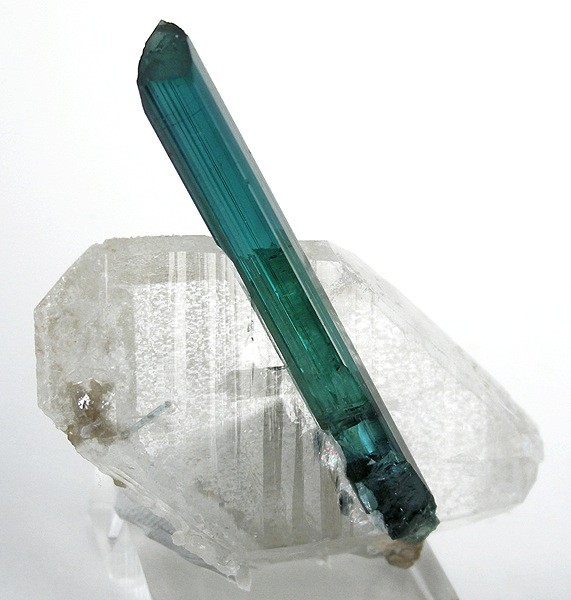 Schorl is the most common type of tourmaline. It has the chemical formula NaFe3Al6(BO3)3Si6O18(OH)4.

Tourmalinated quartz is very often left unfaceted in order to display its unusual formations. It is also often faceted into a gemstone or made into cabochons, spheres, tumbled stones or other shapes, in order to display the interesting and attractive patterns the tourmaline inclusions can form within a quartz crystal. Tourmalinated quartz cabochons can commonly be seen in jewelry settings such as pendants and rings - where they are often featured with an open back in order to best show the tourmaline inclusions.

Tourmalinated quartz is less common than rutilated quartz, and has been found in Brazil and the USA (in several locations in California, and also in New Hampshire and North Carolina). [3] It is said that it's possible for tourmalinated quartz to be confused with prehnite that has inclusions of black amphibole. [4]

Tourmalinated quartz appears to have been named relatively recently, and the first appearance of it I can find in literature is from the North Carolina Geological Survey's "Economic Papers" of 1897 [5] 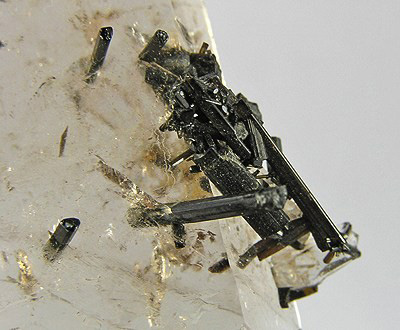 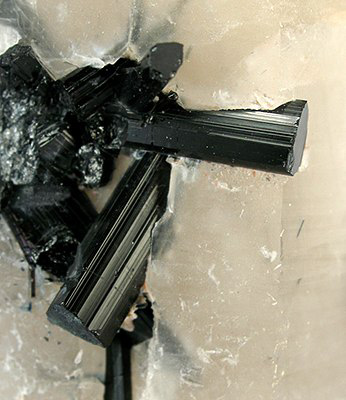