Tanzanite is a rare type of zoisite famed for its striking purple-blue color. It is named after its country of origin, Tanzania (in central East Africa) - and has only been found in one location: The world's one source of Tanzanite is only a five square mile area - and is a hilltop at Merelani, ten miles to the south of Kilimanjaro International Airport, in the Lelatema Mountains of the Arusha Region of Tanzania. [1] [2] 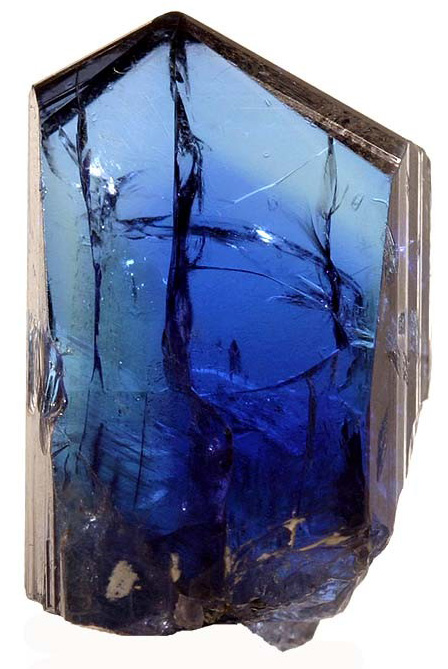 Tanzanite displays strong dichroism (meaning that it appears two different colors when viewed from different angles) and even weak trichroism (a third color, red-maroon, visible along the c-axis). [3]

Tanzanite was first discovered in 1967 and so is a relative newcomer in the world of gemstones. However, owing to its rarity and striking color, it has rapidly risen to great popularity and desirability - and good stones can fetch very high prices. As the stone only comes from one location, gemstone traders may with some justification tout the "investment value" of the stone; by reminding buyers that supplies "may run out" - and that if they do, tanzanite prices may well be driven even higher.

Small, paler colored tanzanites may be obtained very inexpensively - perhaps $20 per carat. However with bigger stones, "the sky is the limit" - and large (over 5 carat), bright, well cut tanzanites with deep, even color saturation may retail from several hundred dollars per carat anywhere up to $4,000 per carat - in the same "super league" as diamond, ruby and benitoite.

Tanzanite was at first named "blue zoisite", but was renamed by New York jewellers Tiffany & Co., who decided as part of their marketing campaign that the stone needed its own name and one that sounded more intriguing. [4]

Much of the tanzanite that is discovered nowadays is naturally reddish brown, and so it is very often heat treated - which brings out the desired blue-violet color. With the exception of stones which were pulled from close to the surface of the mine soon after the first discovery, it is said that almost all of the tanzanite on the market is heat treated [4] - and that as this is universal with tanzanite, it is expected and now has no negative effect on price (although heat treatment should still be disclosed appropriately by the seller). However heat treated tanzanites are said to lose some of their color-change characteristic. [3] [4]

Tanzanite is fairly hard (Mohs 6.5) however it is known to be brittle and can be damaged by impact or extreme temperatures. [5]

Also, some tanzanites which were tested by gemological laboratories have been found to be coated with cobalt in order to enhance their blue color. In the USA, any gemstone coatings are required by the Federal Trade Commission to be properly disclosed at point of sale, otherwise such gems are considered fraudulent. [6] As a general rule with all gemstones, the more valuable, rare and desirable the type of stone, the more likely that someone, somewhere, will attempt fakery. 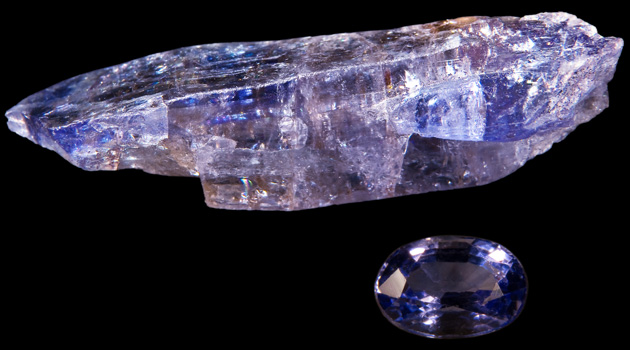