The Spinel is a gem most famous for its history of confusion with the ruby. The famous Timur Ruby, now owned by Queen Elizabeth of England, is in fact a 361 carat spinel. [1] 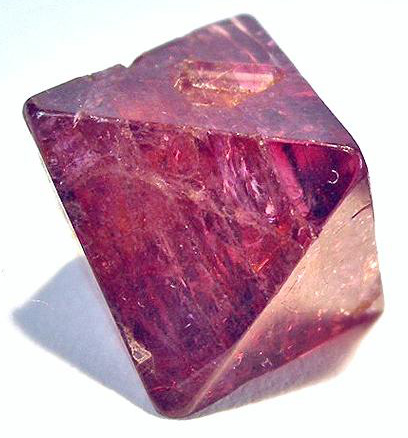 Although often "ruby-red", spinels can occur in a wide range of brilliant colors - as can be seen from the images. Spinels can also be found colourless, in pink, orange, purple, black, green and the ultra-rare and desirable cobalt blue spinel, said to be of unique color. Pink spinels are also known as balas rubies.

There is also a star spinel, which displays a six-rayed asterism in a similar manner to the star sapphire, and even a color change spinel - which occurs in Tanzania, as well as being synthetically created. [2]

In ancient times, all red gems were referred to as rubies, and it is only in the modern age that tests of hardness, density and optical properties can properly distinguish the stones. However it is interesting to note that in Myanmar (once called Burma), which has been one of the sources of high quality spinels, the spinel and the ruby were distinguished as separate stones as early as 1587. [3] Spinels are mentioned ("Spinella") in many 16th and 17th century Latin texts, such as the 1653 "Lexicon Philosophicum" of Johannes Micraelius, which lists several gemstones including diamond, sapphire, ruby and chrysolite. [4] Elsewhere, several writers of that era state that the ruby is sometimes called a spinel. ("Post hunc laudatur rubith, quem subinde spinellum appellitant.") It seems likely, then that a 'separation' occurred, with red spinels being misidentified as rubies and spinels of other colors being considered spinels.

With such a range of colors, rarity, high brilliance and hardness of 7.5 – 8.0 (Mohs), spinels are considered very desirable gemstones.

Spinels are now laboratory manufactured in many colors, and appropriate care must be taken when selecting a natural stone. And to add curious irony to the tale of the "impostor", genuine spinels are now more rare than rubies - although they are generally more affordable. The reason given for this is that most people do not know about spinels, and so there hasn't been a "fever" for them that would have driven the price up. [3]

The spinel group of minerals are "cubic oxides" with the general chemical formula AB2O4; where A and B may be various metallic elements such as Iron, Zinc, Manganese and Chromium. [5] Members of the spinel group are listed as:

Another famous "ruby" - the 170 carat Black Prince's Ruby, was also found to be a spinel.[6] The origins of the Black Prince's legendary spinel are truly lost in the mists of time - but was so very often the case with other such powerful and costly gems, its history was tragically tainted with greed and treachery: The stone entered history when it was murderously stolen in the 14th century by Don Pedro the Cruel, from Abu Said, an Arab Chieftain. [7]

Spinels have been produced in many locations including Australia, Burma (Myanmar), Sri Lanka, Tanzania and the Thai / Cambodia border. [8] [9]

The violet colored variety of spinel is known as almandine spinel - however this should not be confused with almandine, a type of garnet. [10]

Another variety of spinel is the pleonast, which was sometimes used in the 19th century for mourning jewelry on account of its dark color. 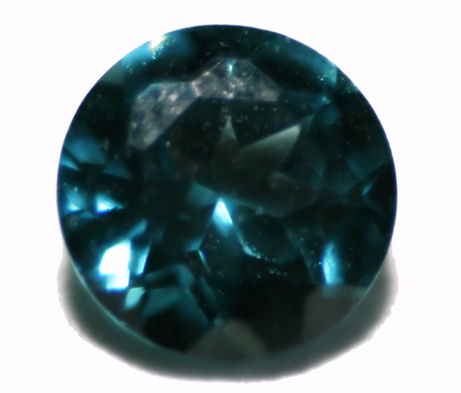 Spinel
Above: Round cut spinel gemstone 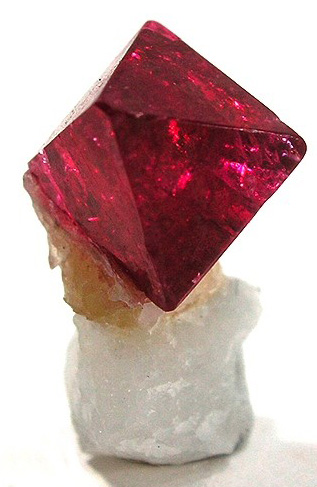 Red Spinel
Above: Red spinel on calcite matrix. From Mogok, Myanmar. Spinel is 0.8cm across.
Photo by Rob Lavinsky, iRocks.com - licensed under CC-BY-SA-3.0 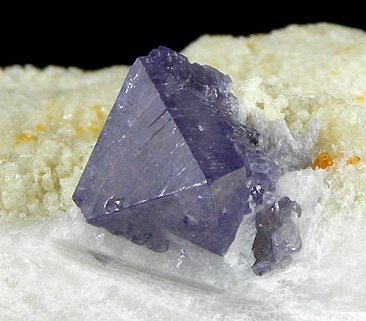