Rhodochrosite is a manganese mineral with the chemical formula MnCO3 - manganese carbonate. When pure, rhodochrosite has a red / rose-red color, but the pure form is rare and rhodochrosites can be anywhere between pink and brown, with pink being the most common color. 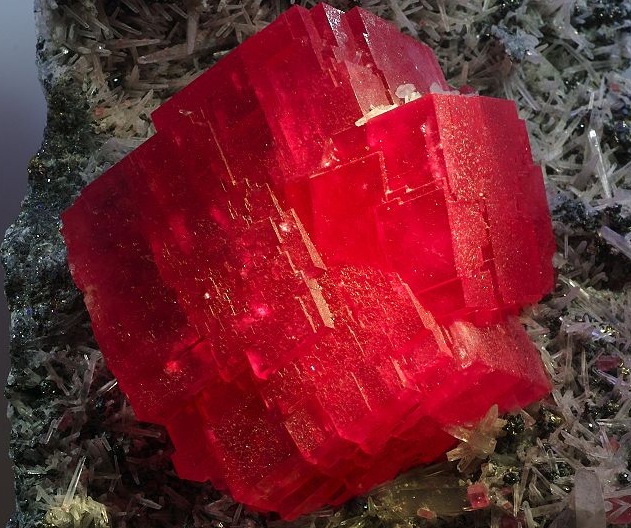 The Incas had a legend that rhodochrosite was the blood of their former royalty, which had turned to stone. They called the stone Rosa del Inca or Inca Rose [1] - a name which may possibly have derived from the cross-sectional appearance of banded rhodolite stalactites found in ancient Inca silver mines. [2]

Rhodochrosite is relatively soft (3.5-4 Mohs) and also splits easily - and so is difficult to cut into gems; however it may sometimes be seen faceted. A quick online investigation will show rhodochrosite cabochons and beads, rhodochrosite jewelry, carved objects and sometimes faceted gems on sale - although these are considered to be too soft for general jewelry use and are considered the fare of mineral collectors.

Rhodochrosite was first described in 1813 from a sample found in what is now Romania. In 2002, rhodochrosite was named as the official "state gem" of Colorado, USA; as a mine in Colorado, the "Sweet Home Mine" in Alma, Park County, Colorado, produces some of the best red rhodochrosites in the world - including the "Alma King", the biggest known rhodochrosite specimen. [1] This famous gemstone can be seen in the second of the two images above.

In addition to being found in a number of crystalline forms, including tabular and prismatic rhombohedrons and scalahedrons, rhodochrosite can also be found in massive, granular, botryoidal, stalactitic and other habits. Rhodochrosite occurs in numerous locations worldwide, including in Argentina, Australia, Austria, Chile, France, Germany, Italy, Japan, Mexico, Peru, Russia, Sweden, the UK and the USA. [3]

Rhodochrosite is often found in association with other crystals such as quartz, helvite or fluorite. Varieties of rhodochrosite include: Kutnahorite, a calcium rich variety; Mangansiderite - an iron rich variety (if there is more iron than manganese, the mineral is considered to be oligonite); Rhodochrosite onyx (banded, stalactitic); and capillitite or capillita - a banded variety rich in zinc and iron, found in Capillitas, Argentina. [4]

Rhodochrosite is also occasionally known by other names including manganese spar, raspberry spar, rosinca, dialogite ( (this name is uncommon nowadays) and sphaerodialogite - a name once given to dialogite in the form of tiny globules or botryoids. [2] 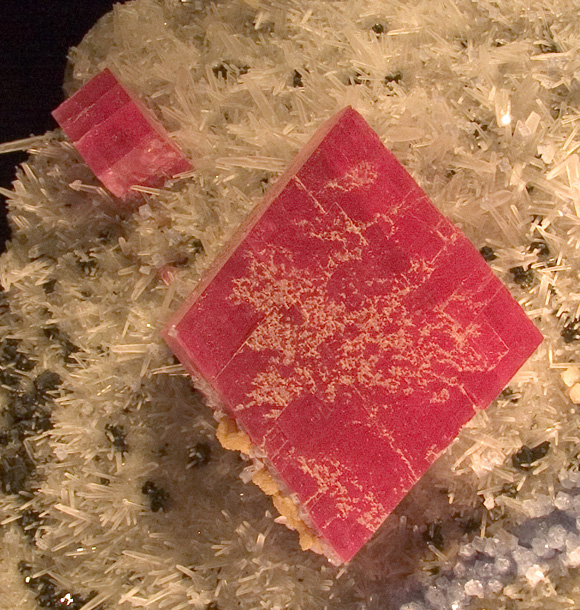 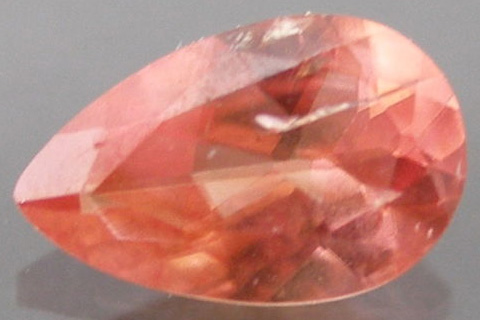