Pyrope (not to be confused with pyrite) is a type of garnet. It is renowned for its red color (it is always some shade of red or reddish purple) and its name derives from the Greek pyropos which means "eye of fire". Some pyropes are such a deep red that they appear almost black. 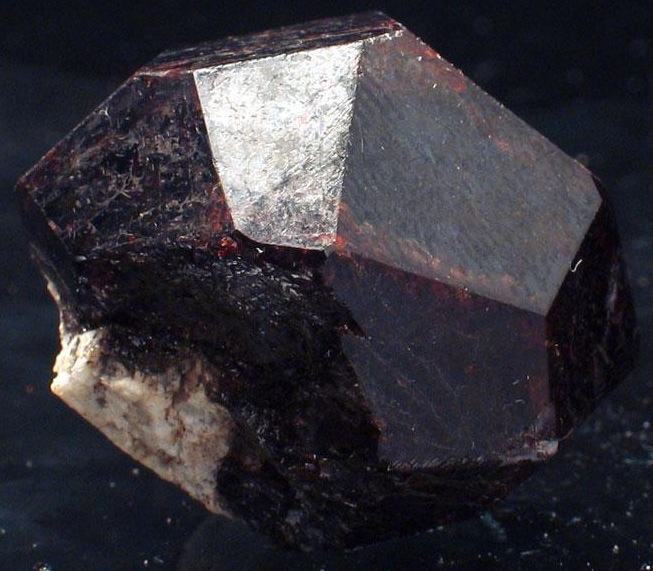 Pyrope has been called by many other names - including Bohemian garnet, Cape ruby, Elie ruby (found in Scotland), Arizona ruby, California ruby and chrome pyrope. (Note that some of these other names have been said to be misnomers, sometimes even used to "hype" the stone: Garnet and ruby are completely different types of stone.) [1]

As with other garnets, pyrope is hard (7-7.5 Mohs), tends to form small crystals, and it has the general or overall chemical formula Mg3Al2(SiO4)3 However, pyrope also includes other elements such as iron, chromium, calcium and manganese, in substitution for the magnesium ions, and these are responsible for its coloration.

"Pure" pyrope is said not to exist in nature - and pyrope also forms part of a solid solution series with almandine and spessartine [1] [2] - meaning that pyropes are effectively at least "part almandine". The boundary between the two is something of a grey area, and with some stones it is difficult to identify whether they should be called pyrope or almandine. However, one useful indicator is that pyrope is more often clear and less flawed than almandine garnets. Although less common than many of the other garnet species, pyrope is more likely to be selected to be cut as a gemstone for these reasons of quality. [3]

Pyrope can occur in many forms, including crystalline, granular and massive. Of the crystalline forms, when pyrope crystals are euhedral (well formed, with well-defined and easily recognized faces), they most often take the shape of the rhombic dodecahedron - a 12-sided polyhedron with rhombic (diamond-shaped) faces, as in the third image.[4]

One noteworthy variety of pyrope is rhodolite, named for its rose-red color.

Pyrope was first discovered in 1803 in what is now the Czech Republic. It is an uncommon stone but sources include Austria, Australia, Canada, China, Czech Republic, Germany, Italy, Russia, South Africa and the USA. [5] 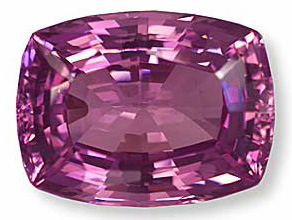 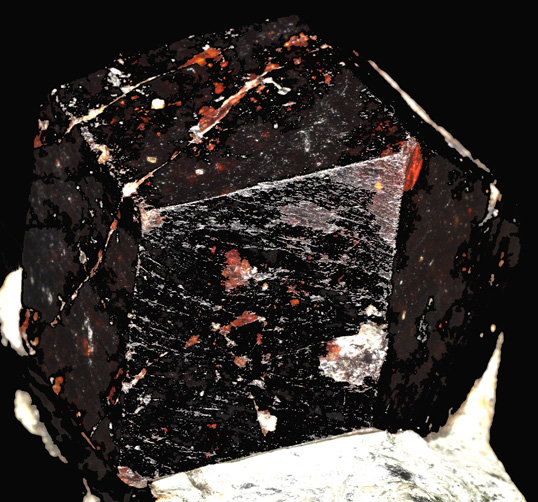