Pezzottaite is a rare, recently discovered beryl group mineral containing cesium and lithium. It has the chemical formula Cs(Be2Li)Al2(Si6O18) [1] and is noted for its striking "raspberry red / pink" color. 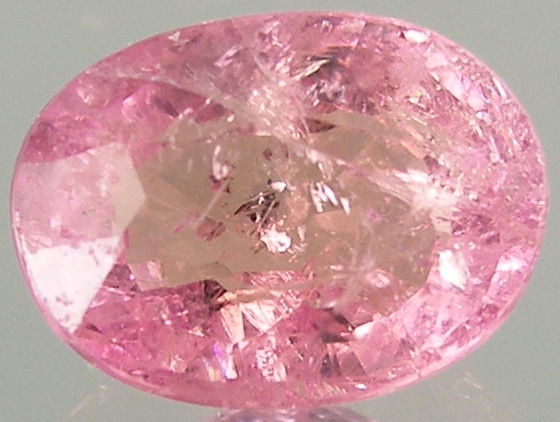 Pezzottaite was first discovered in November 2002 near Ambatovita, in central Madagascar and only "a few dozen kilograms" of rough were pulled from the mine before the deposit was considered to be nearly exhausted in 2003. From this material, some faceted stones and some chatoyant (cat's eye) cabochons were created. [1]

Pezzottaite was named after petrologist Federico Pezzotta of the Natural History Museum, Milan, Italy, by the Commission of New Minerals and Mineral Names of the International Mineralogical Association, in September 2003. [2] Pezzotta was among the first to examine the mineral and has contributed significant study to the mineralogy of Madagascar. [1]

Pezzottaite is extremely rare, and Mindat lists that finds have been reported from three locations: The type locality in Ambatovita, central Madagascar; and in two locations in Afghanistan - the Deva Mine, Konar Province and the Darra-i-Pech Pegamtite Field, Nangarhar Province. [3] In 2007 pezzottaite was also reported to have been found near Molo, in the Mogok district of Burma (Myanmar). [4]

Pezzottaite is hard, with a hardness of 8 (Mohs), vitreous and shows stong pleochroism. [3] It has been found in association with liddicoatite, quartz and feldspar[1], albite, tourmaline, zircon [5]. It has on occasion been confused with morganite, a pink beryl variety which also contains Cesium. Pezzottaite has a refractive index around 1.619 - higher than that of beryl.[1]

The first Pezzottaite that appeared on the gem market was seen at the world-renowned Tucson Gem Fair, in 2003. At this time, it had not been identified as a new mineral and was promoted as "raspberry beryl". Meanwhile, some traders back in Madagascar labeled it as bixbite, an extremely rare and expensive red beryl variety - and priced it accordingly. Some of the initial material was also marketed as tourmaline before the official recognition that it was a new material. [1]

Some pezzottaite can be seen for sale online (March 2011). Most of the material available is highly included. Better cut stones seem to begin around $100 per carat, ranging to $600 / carat or more. eBay - as usual - has a very wide range in prices. Curiously, the more highly priced stones that can be seen on eBay are those which are unfaceted. Lower grade / unauthenticated material can be seen priced very cheaply on eBay, perhaps around $10 / carat. Some of these stones are labeled as "Pezzottaite Red Emerald" or "Bixbite Pezzottaite", a 'clouding' of terms whether deliberate or accidental; since these are actually different minerals. Some of the "pezzottaite" stones seen for sale are stated as originating in Utah: This is curious, seeing as Mindat does not list Utah as a source for pezzottaite. Utah is however known for its red beryl; however genuine red beryl ( aka bixbite )is a deeper red and even more rare (named in 2006 to be the rarest gemstone on earth by Jewelers Association). [6]

The largest good quality faceted pezzottaite known to the GIA at the time of writing the report on pezzottaite that appeared in Gems & Gemology, Winter 2003 [1] was 11.31 carats, and the largest fine cat's eye cabochon was 17.36 carats. With the Madagascar source being mined out, it seems unlikely that bigger stones will originate there. It is not known to this author whether larger stones have come from Afghanistan or Mogok since then. 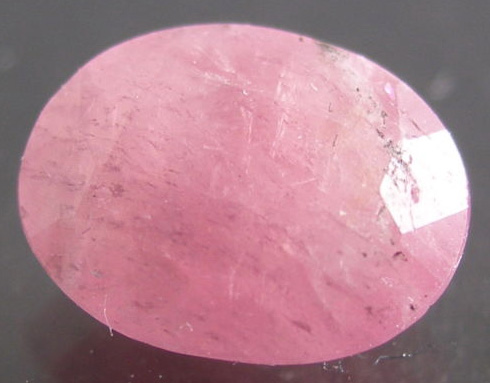