Paraiba Tourmaline is the name that was originally given to a small find of cuprian elbaite, a type of tourmaline, that was unearthed near Paraiba, Brazil in 1989. Some Paraiba tourmalines are considered by gem aficionados to be among the very finest tourmalines yet found - and the best Paraiba tourmaline can sell for upwards of $10,000 per carat. 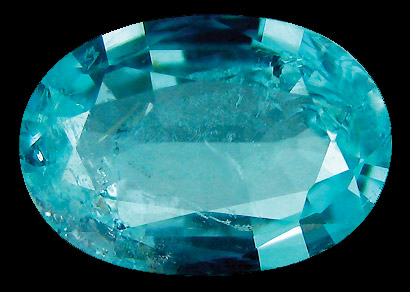 As the story goes, gem hunter Heitor Dimas Barbosa was convinced that something significant would be found under the "Paraiba Hill". After several years of digging without success, the most intensely colored tourmalines yet to have been found were unearthed - ironically, as Heitor was taking time off for illness. The stones were sold before he even saw them. The discovery caused a "tourmaline rush" at Paraiba Hill and it's said that it was razed to the ground in places, but no no avail - no more "Paraiba tourmalines" were ever found there. [1]

The prices of paraiba tourmaline vary immensely - and one can use observations of this to get a real insight into the craziness that is the gemstone market. At the upper end of the market - GIA (Gemological Institute of America) certified cut Pariba Tourmaline can be seen priced anywhere between $300 and $10,000 per carat; perhaps more for flawless stones of the finest color and cut. Paraiba tourmalines of this calibre all range in color between the blue-turquoise-green spectrum of color - as one would expect for a copper-bearing mineral - and they have a remarkable "electric ice neon" quality. To get an idea of the "required" spectrum of color at this end of the market, the quickest way is to go to ebay, type in paraiba tourmaline and then Sort by: Price + Shipping, highest first. There it is. You can see why it was called "neon".

Now, flip the results around - look at the "one dollar stones": Sort by 'price + shipping lowest first.' There they are, "natural unheated paraiba tourmalines". World class... priced at less than a dollar per carat. Are you confused yet? What's going on here?

Regardless of the sellers' claims - do you see how the "acceptable" range of color in the cheap "paraiba tourmalines" is far wider than that of the expensive stones. Not having examined these stones personally, I will have to leave it up to you to form conclusions - although it was immediately obvious to me that the term "paraiba" is now being applied to various blue or green tourmalines, not necessarily from Paraiba - and even to tourmalines of other bright colors: I'm even seeing "paraiba pink tourmaline" in the list. I wonder what the chemistry of that stone is.

Researching this subject further, it turns out that the Laboratory Manual Harmonization Committee (LMHC), a group of seven gemological laboratories from around the world, have decided to award the name Paraiba tourmaline as a commercial name to cuprian elbaite, regardless of the location of the stone's origin. [2] This was evidently a very controversial decision - with some saying that as Paraiba is a place name, only stones from Paraiba should be permitted to be labeled as Paraiba stones. However, others state that as the word Paraiba has become common parlance as a color descriptor, when applied to tourmalines. And then there are the arguments as to whether the paraibas from Mozambique have color that equals that of the paraibas from Paraiba...

According to noted gemologist Richard Wise, the LMHC has defined a Paraiba Tourmaline as "a blue electric blue, neon blue, violet blue) or green elbaite tourmaline of medium to high saturation. That the gems have the proper chemistry, be copper and magnesium bearing is not sufficient. Violet, reddish-purple and yellowish green gems are excluded by definition." [3]

Case closed for "pink paraiba tourmaline". Copper-bearing blue-green elbaite tourmalines have now been found in several other locations: Rio Grande de Norte (Brazil), Mavuco (Mozambique) - since 2005, and the Edoukou Mine (Nigeria) - since 2001. [2] [4]

Note that many "paraiba tourmalines" are now artificially created in laboratories and these are readily available at very low prices. 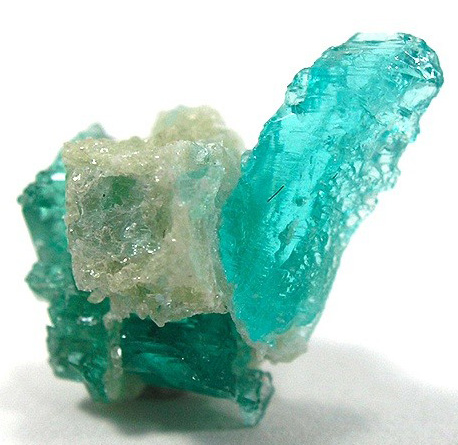 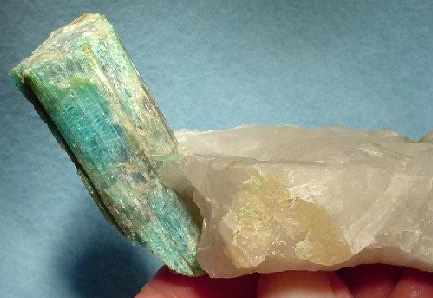