Onyx is a type of chalcedony (a cryptocrystalline form of quartz) with a long history of use in the decorative arts. [1] It was very popular in Graeco-Roman times and is often carved or made into beads. Onyx is the birthstone of the astrological sign of Leo. 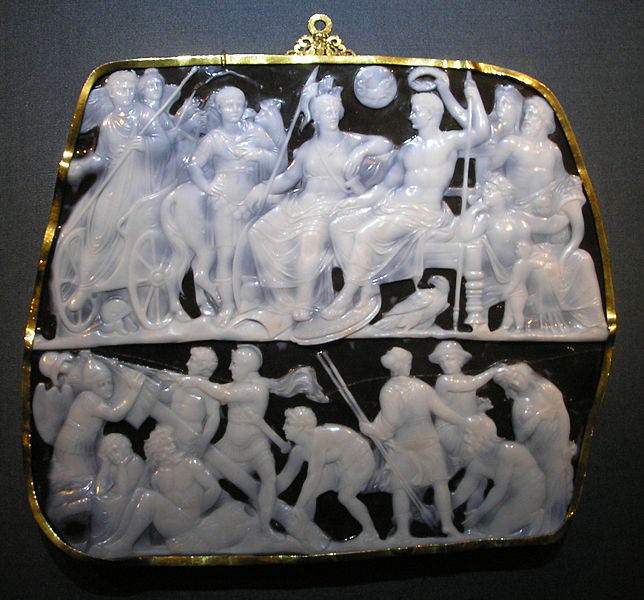 Onyx was mentioned in the Bible in several books - including being described as a precious stone in the book of Ezekiel, and being used in the foundations of the New Jerusalem in the visionary "Book of Revelation".[2]

Onyx has also been found dating back to the ancient Egyptian Second Dynasty (c. 2890 to 2686 BC) in the form of pottery and bowls. [1] Onyx has clearly had a long history of being a prized stone.

The ancient Greeks had a rather charming legend of how onyx came to be: One day Venus, the Goddess of beauty and love, was sleeping - and Cupid, her son and the God of desire and courtship, mischievously cut her fingernails using an arrowhead. The clippings fell in the sand and the fates transformed them into stone so that, being part of an immortal one, they would never perish. The name "onyx" means "fingernail" or "claw" in Greek.[3]

This legend suggests that the Greeks of the classical era might have thought of onyx as white - but in those days, onyx was used as a "catch-all" term to describe chalcedony of many different colors. However since the time of the Romans, the term onyx has been used to describe predominantly jet-black or dark brown chalcedony. [3] Onyx can also sometimes have white bands or stripes, such as those in the second image - and as it is a favorable stone for carving, it has been used to create intaglios such as the one in the uppermost image; where the background of the image is cut away until the alternate color appears and highlights the design.[4]

Another variety of onyx sometimes seen is sardonyx. In this variety, the darker colored bands are red instead of black, and are made of sard (aka carnelian). [1]

Onyx was mentioned in detail in Geronimo Cardano's 1551 work De Subtilitate, in the section on stones. (Liber Septimus, p.271-327) [5] - and according to Kunz, Cardano states that in India it was worn "to cool the ardors of love". [6]

In recent times, the term onyx has again been used to describe materials in a wide range of colors, and has even been used to describe carved items made from banded calcite, which is not a type of chalcedony and is a completely different mineral. This material has also sometimes been referred to as onyx-marble.[7] 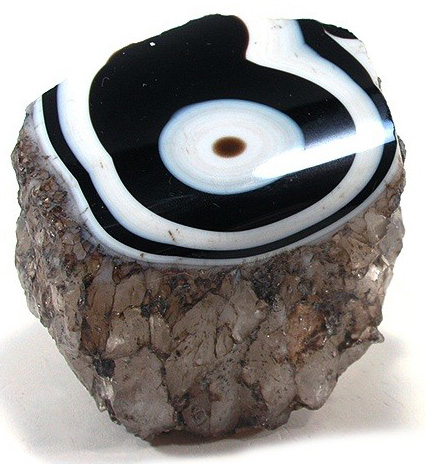