Oligoclase is a type of plagioclase feldspar with the overall chemical formula (Na,Ca)(Si,Al)4O8. [1] 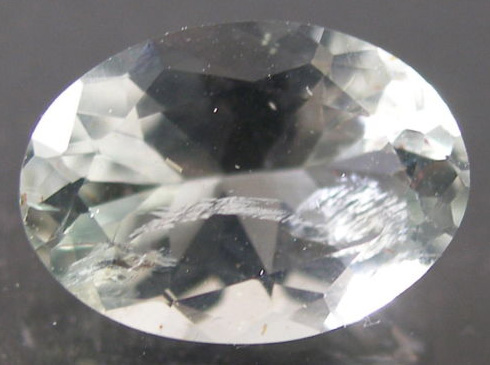 The plagioclase feldspars are what's known to mineralogists as a solid solution series. This means that they are effectively a "mixture" of two separate minerals, known as "end members"; in this case albite (NaAlSi3O8) and anorthite (CaAl2Si2O8), with the proportions of the two components determining the name and properties of the resulting mineral. Several minerals with different proportions of the two end members have been differentiated and named - and oligoclase is made up of 70-90% albite and 10-30% anorthite. [2]

Another variety of oligoclase may more commonly be seen in the world of gems, and that is sunstone, also known as aventurine feldspar (not to be confused with the aventurine which is a type of chalcedony! Sunstone is typically reddish with sparkles of metallic golden color.

Some examples of oligoclase of been found to display fluorescence. [3]

Oligoclase has been found in numerous locations worldwide, including Czech Republic, France, Norway, Germany, Italy, Russia, China, Australia, Hungary and in many places in the USA. [4] As it is a common mineral, gems can be had for reasonable prices - and to give you some idea of the price range, a quick search online (2010) showed a 0.84ct colorless faceted oligoclase had recently sold on ebay for $12. I also saw an eye-clean round cut blue oligoclase of a lovely aqua color, 2 carat, priced at $122, and a rectangular cut 3.8 carat of a similar color, with inclusions, priced at $135. 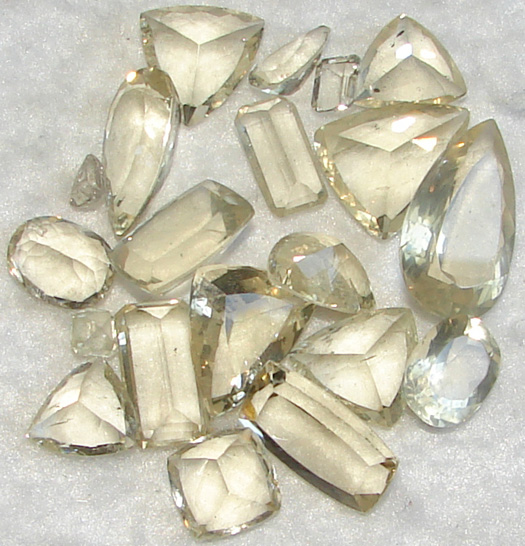 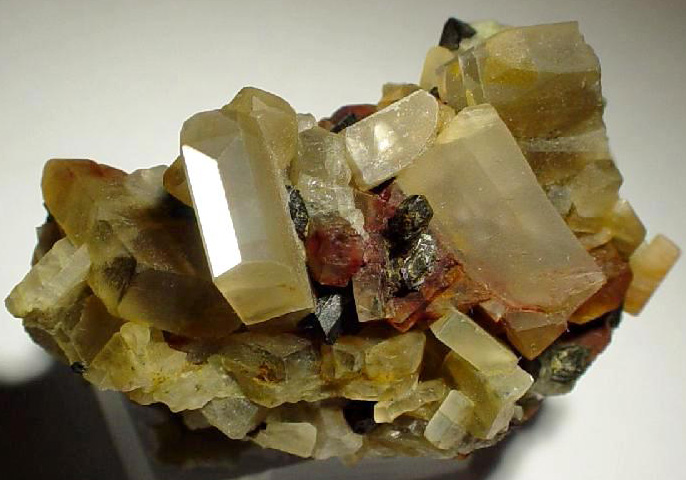