Moissanite is the natural mineral form of silicon carbide. It is a highly unusual mineral in that the synthetic form of it was created before the naturally occurring form was first found. [1]

Silicon carbide (also known as carborundum), was first reported to have been synthesized in 1849 - although this and other early syntheses are not officially recognized. The first manufacture of silicon carbide occurred in 1893, and it was soon produced as an abrasive - on account of its great hardness (9.5 on the Mohs scale, one of the hardest substances). [2]

Moissanite in its natural form is extremely rare. It was first discovered by Henri Moissan in an Arizona meteroite crater in 1893 and identified (by Moissan) as silicon carbide in 1904. The stone was subsequently named in his honour. However, it was not until the 1950s that moissanite was found anywhere except in meteorites, and it was speculated even as recently as 1986 that it did not occur naturally at all on earth. [1]

In addition to its manufacture for industrial purposes, silicon carbide is also made into gemstones. In the 1980's, Cree, Inc., patented a process for producing large, transparent moissanite crystals. However it was not until 1998 that these moissanite gems were debuted. [2]

The synthetic gems are called either synthetic moissanite or, more often, simply moissanite, after the mineral. [3] This may have occured because the name "moissanite" simply sounds like the kind of name a gem should have, and because it is more marketable and exotic sounding than silicon carbide.

Moissanite gems are hard (harder than zirconia) and can withstand tempteratures of 1800 degrees C - much higher than that of diamond. They are said to be more often mistaken for real diamonds than other diamond substitutes - owing to their similar hardness and thermal conductivity. However moissanite has a higher refractive index; and a test of birefringence will tell them apart. Birefringence is also known as double refraction, and it is a property that splits a ray of light passing through the stone into two rays. [4]

Another possible difference between the two stones is that moissanite can sometimes have "curved string-like inclusions" that never occur in diamond. [3]

In researching moissanite and its inevitable comparison to diamond, I found something of a controversy beteween the two stones - and some sparks flying. There has long been controversy in the diamond trade: Some believe that diamond price has been deliberately inflated and are attempting to spread awareness of moissanite as a viable substitute for diamond in jewelry. However on the other side of the coin, moissanite does not have the mystique and status of diamond. Statistics state that the refractive index, fire and luster of moissanite are all greater than that of diamond - and that the stone is a fraction of the price. [5] 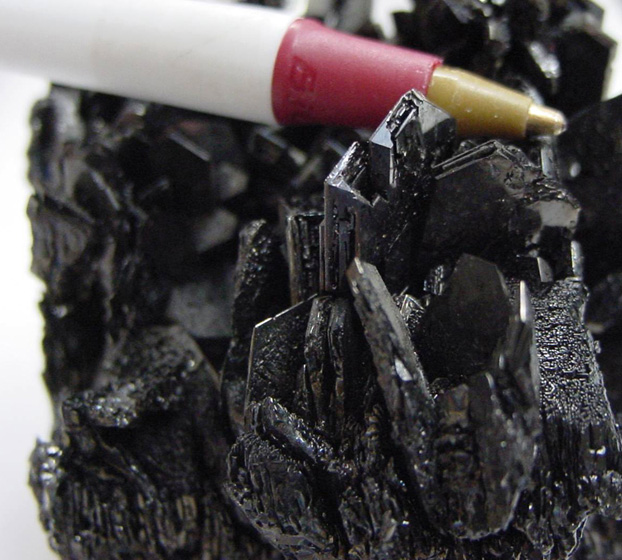 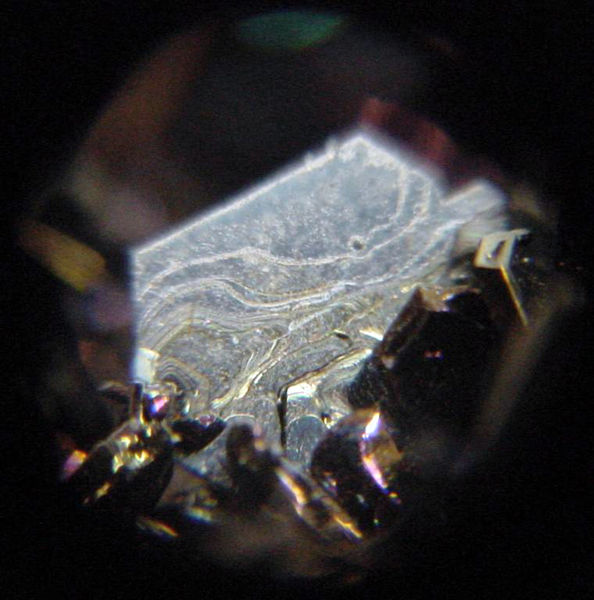