Larimar is a variety of pectolite with the chemical formula NaCa2Si3O8(OH). It is currently found in only one location in the world - in a small area of a mountainous region of the Dominican Republic. The Dominican Republic is a nation on the island of Hispaniola in the Greater Antilles archipelago. [1] 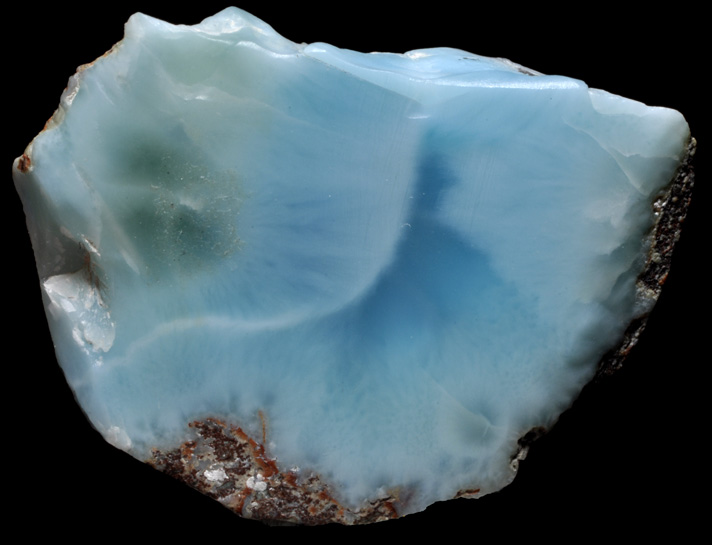 Pectolite of other colors is found in many places in the world, however no other pectolite yet found has the deep blue of Larimar. Larimar's color is the result of substitution Calcium with Cobalt in the gem's mineral formula.

Unlike many other gemstones and minerals that have an ancient story connected to their influence on the human realm, Larimar is a recent arrival in the gemstone world.

Larimar may possibly have been known to indigenous people of the location - the Taino Indians - but our written record of it begins in 1916, when Father Miguel Domingo Fuertes Loren filed a request with the Dominican Republic's Ministry of Mining to mine a blue stone that he had discovered. The request was rejected and it is now thought that the stone was Larimar. [1]

Fast forward to 1974 - and Larimar is rediscovered on a beach of the Barahona Province in the south west of the Dominican Republic. Natives called the stone "Blue Stone" and believed it came from the sea. [1] It appears they already knew of its existence, but may have been unaware of its origins; outcrops were discovered in the mountains and it seems the stones found on the beach were washed down to the sea by the Bahoruco River. [1]

It's said that at least 2,000 holes or mine shafts have now been dug into the mountain where Larimar is found. Mining is often performed without safety equipment, and during the hurricane season the holes may fill with water. It's not known how long the mine will last before the Larimar supply is exhausted. [2]

Larimar with the deepest cobalt blue color is held as being the most valuable. Lesser stones are closer to white; and there is also green Larimar, which likewise has more value the deeper the color. [3] The hardness of Larimar varies but the blue material is in the 5-7 Mohs range and is often shaped into forms for use in jewelry. Some pieces have plumes of red iron coloring.[4]

For lovers of mysteries of the unexplained, there is a further facet (pun intended) to the Larimar story.... the famous American psychic Edgar Cacye (1877-1945) predicted that a magical blue stone would be found on "an island in the Caribbean". He said that this stone had been known to the ancient Atlanteans and would have special healing qualities. [3] Could this have been Larimar? It's not known - but Cayce also had a special interest in other blue gemstones, such as the one he called 'Lapis Linguis', which sources state as either azurite or lapis lazuli. [5] [6] 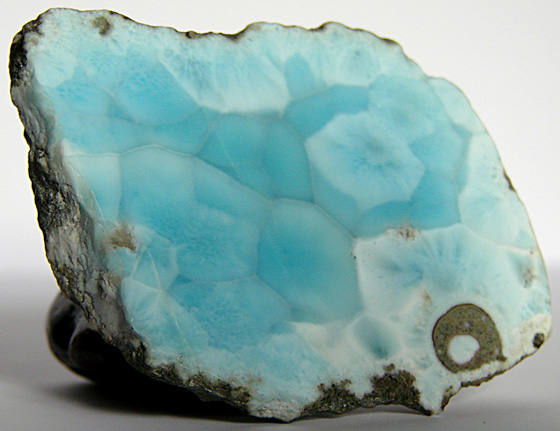