Kunzite is a member of the spodumene family of gemstones. Kunzite is defined as a pale pink to lilac colored spodumene.

Kunzite was first discovered in 1902. It was named after noted mineralogist and jeweler George Frederick Kunz (1856-1932). Kunzite's pink-lilac coloration is due to traces of manganese - but like other spodumenes, it has the general chemical formula LiAlSi2O6 - Lithium Aluminum Silicate. [1] 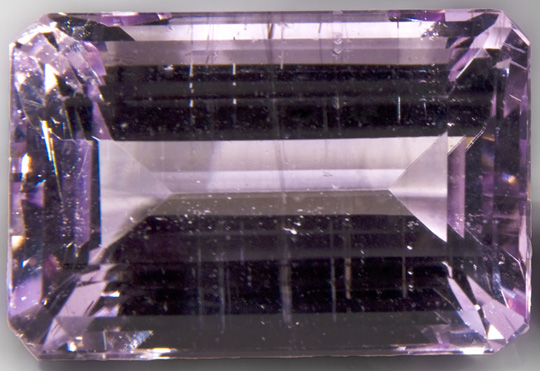 Spodumenes take their name form the Greek word spodos, meaning ashes - as the first spodumenes found were ash-grey, dull, opaque and pitted. It was understood that these had once been of gem quality but had been altered by the ravages of time. In the late 19th century however, gem quality spodumenes began to be found - and in 1903 Kunz reported the "new lilac-colored gem variety of spodumene" which had been found in the White Chief Mine, near Pala, California. [2]

Kunzite is pleochroic, which means that its color changes depending on the angle at which the stone is viewed. Kunzite displays a strong cleavage in one direction, like diamond and topaz. Kunzites should ideally be cut so that the color is best when viewed from directly above - but this, together with kunzite's splintery fracture, means that it can be a difficult gem to cut.[4]

Kunzite is a desirable gemstone, and kunzites with the deepest color are scarcer and considered the most valuable. However, for this reason it has sometimes been known to be heat treated or irradiated to enhance the color. Kunzite also displays the property of fluorescence, and will fluoresce strongly when exposed to radiation. It's also said that kunzite can phosphoresce - meaning that it will glow in the dark after exposure to sunlight. [5] However, another interesting thing about kunzite's color is that it can fade over time when exposed to strong light such as sunlight. [1]

Kunzites are often found as much larger crystals than hiddenite.

Kunzite is found in several locations in the world, including Afghanistan, Brazil, Madagascar and the USA (chiefly in California). Kunzite has been nicknamed Lithia Amethyst on occasion.[3]

Kunzite has also acquired the nickname "the evening gemstone" - however, there is wide disparity among sources as to the exact origin of this name: Some say that it is because its color fades after too much exposure to sunlight; other say that the stone's appearance is most impressive by candlelight; yet others say that it is because the stone's color complements evening wear.

The largest faceted kunzite in the world is said to be the 880-carat stone housed in the Smithsonian Institute in Washington D.C. [6] The second largest cut kunzite is stated to be the 614-carat pear cut stone at the University of Delaware's mineral museum. [7]

Paler colored (pink / lilac) kunzites can be very reasonably priced - and looking around online at prices in January 2011, many "ordinary" pale pink kunzites can be seen retailing for around $11 per carat. However, as with many other gemstones, as soon as the color of the stones are more rich and intense, the prices multiply dramatically, going all the way up to $175 per carat for stones in the 10-25 carat range.

Of particular interest to the gemstone collector may be Patroke Kunzite - which is a variety with very intense, deep pink coloring. Buyers should be aware that much kunzite that passes through the trade is heat treated or irradiated in order to enhance its color - though this or any other treatments should of course be declared by the seller. 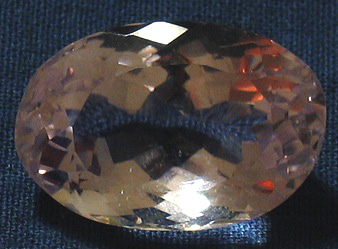 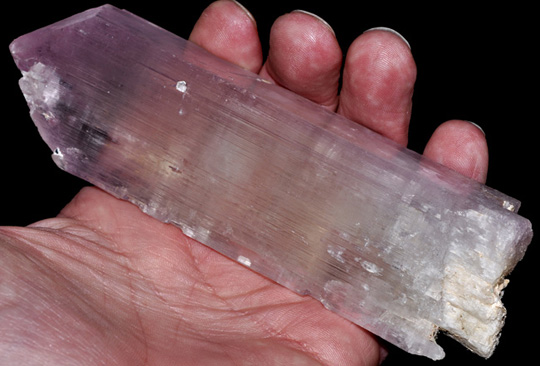