Jasper is a type of chalcedony. It can occur in many different colors such as red, green, yellow or rarely, blue. It has been prized since ancient times. Chalcedony is a form of quartz - so jasper is mainly quartz, with mineral impurities dictating the colors of the stone. [1] For example; red-brown Jasper is typically colored by the presence of iron. 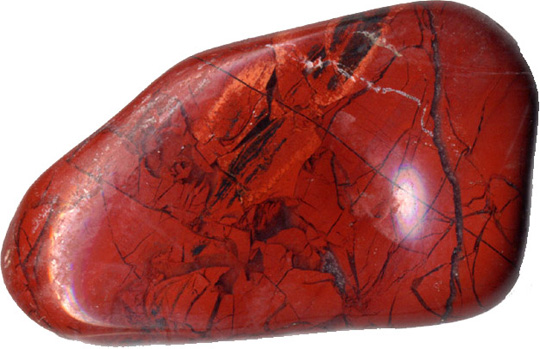 Jasper's name means "speckled or spotted stone" and the word jasper has roots in many similar words in old languages - for example the Akkadian yashupu. However, it comes not only speckled - it can also exhibit bright bands or other patterns in a wide variety of colors. The identity of Jasper seems to have shifted slightly throughout the ages: According to OED, in ancient times, jasper was "any brightly colored chalcedony except carnelian", whereas in modern times, jasper is more tightly defined as an opaque, cryptocrystalline quartz of various possible colors, including red, yellow and brown.[2]

Jasper has been in common use since ancient times, with enduring popularity as a gem or decorative stone. it is mentioned in the old testament of the Bible in the book of Exodus (chapter 28 v.18) as one of the twelve stones being used for the "breastpiece of judgement". [3] In the 405 AD Latin Vulgate of Jerome, the original Latin name for jasper was iaspis.

Objects made from Jasper throughout the ancient ages include cameos and cylinder-seals. However, jasper was even used some time between 3,000 and 4,000 BC as a material to make bow drills - an ancient tool. [1]

Jasper has also been used to adorn buildings in Europe. [4]

There are numerous varieties of jasper, and categorization is often somewhat loose and without defined boundaries. Jasper categories are often named after their colors and patterns (such as Leopard Skin Jasper, Watercolour jasper or Mustard Jasper) or after the location where they were originally found (such as Egyptian Jasper). Other jaspers have more metaphorical titles (such as Autumn Jasper). [1]

Jasper in jewelry is most often seen in the shape of the cabochon (domed top).

Other varieties of chalcedony include agate, aventurine, carnelian, chrysoprase, onyx and sardonyx.

In folklore, Jasper is associated with the month of October and the astrological sign of Virgo. It was believed to offer protection against evil spirits, snake and spider bites.[6] 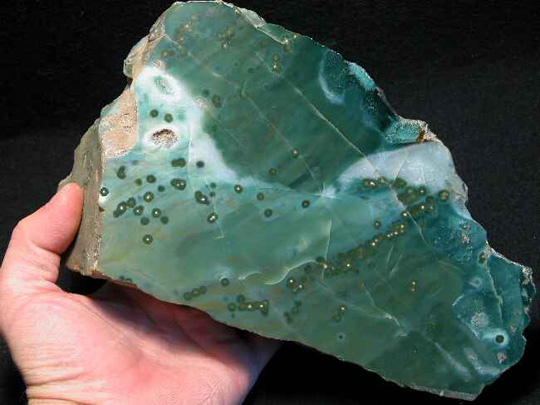