Hiddenite is a rare green type of spodumene which was first discovered in 1879 in North Carolina. Spodumenes have the chemical formula LiAl(SiO3)2 - lithium aluminium inosilicate. Owing to the presence of lithium, hiddenites were once called "lithia emeralds" [1] [2] - they are similar in appearance to emeralds but generally lighter in color. [3] 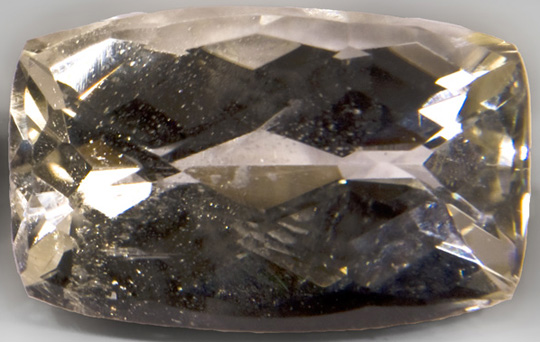 Hiddenite is said to be one of the hardest gemstones to cut. This is because it has perfect cleavage (tendency to split along specific planes of the crystalline structure) and tendency to fracture. It is also more easily damaged than many other stones and can be chipped or cracked if it strikes against another hard object. [3]

There is said to be some disagreement as to whether some stones are hiddenites or not, with some claiming they must come from Hiddenite, North Carolina. (note that as with many mining towns in the Western USA that were named after mineral found there, the town of Hiddenite was named after the stone, not the other way round!) Hiddenites have now been found in several other locations - including Brazil, China, Madagascar, Sri Lanka, and a few other places in the USA including California. Also, hiddenites must be green and not yellow or colorless. [4] There have also been reports of possible fraudulent stones - with controversy over whether there has been irradiation of spodumene coming from Afghanistan and Pakistan to induce green coloration. [1]

A good general description of hiddenite comes from M.D. Rothschild's 1889 "A Handbook Of Precious Stones", which states:

"The hiddenite is a variety of spodumene that has only been found in one locality, namely Alexander County, North Carolina. This mineral was discovered by W. E. Hidden, and has been named after him.

The hiddenite is perfectly transparent, and varies from a pale yellowish- to a deep emerald-green, being very brilliant, and approaching the emerald in color. As this stone is rarely found large enough for cutting into gems, it is highly prized and good specimens command a large price.

According to other sources [1] hiddenite was actually discovered first by a gentleman we know know only as "Lackey" - but the stone was analysed and identified by geologist W. E. Hidden. 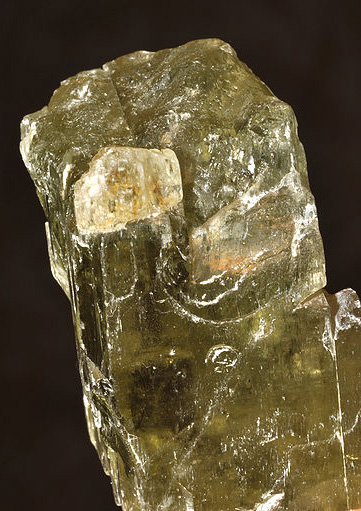