Grandidierite is a blue-green to transparent mineral with the chemical formula (Mg,Fe2+)(Al,Fe3+)3(BO3)(SiO4)O2. It was first described in 1902 from a find in southern Madagascar and was named after the noted French naturalist and explorer Alfred Grandidier (1836-1921), who studied Madagascar in depth and wrote a 40-volume study of the island. [1] [2] 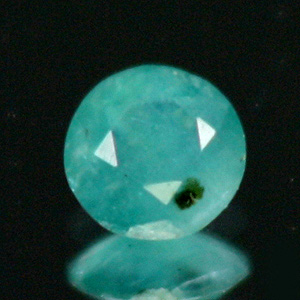 Grandidierite has been described as "one of the rarest gems on this planet". In terms of its occurence it is in a similar league of scarcity to benitoite, which has been found at gem quality in only one location in the world, and at "non-gem quality" in around a dozen. [3]

Grandidierite was described in the 1911 sixth edition of James Dwight Dana's "System of Mineralogy" (The first edition, 1899, was written before grandidierite was found). At that time it had been found associated with quartz, orthoclase and microcline, almandite, spinel, biotite and andalusite [7], however more modern sources also list cordierite (i.e. iolite), corundum (i.e. sapphire or ruby), garnet, hypersthene, kornerupine, plagioclase, potassic feldspar, sapphirine, serendibite, sillimanite, sinhalite and tourmaline as common associations. [8]

Grandidierite has a hardness of 7.5 (around the same as garnet), cleavage described as very good or perfect, but with a very brittle fracture. Its blue-green coloration derives from iron (Fe2+ or Fe3+ ions).

Despite its great rarity, some faceted grandidierite gemstones are available for purchase online. However, prices are high, as might be anticipated for a gem of this rarity: The largest stone I have seen available (March 2011) is 4.31 carats and priced at $2500. Stones of around 1 carat are priced around $1000 / carat, and stones around 0.10 carats are priced at $150-$200. None of these stones are anywhere near "eye-clean", however they do have an attractive turquoise coloring.

The 0.29 carat eye-clean grandidierite mentioned above has achieved a degree of fame; being listed on the much-duplicated internet document "The World's Top 10 Rarest Gemstones". This stone is commonly stated to have a value of "$50,000/.5 Carat", suggesting that the 0.29 carat stone sold for $29,000. However, I cannot find the original source of this statement, so it might be another one of those "internet rumors". I did discover that the stone was sold in May 2000 by Canadian gemologist Murray Burford to Dr. Eduard J. Gübelin - but the price was not mentioned. When Burford originally obtained it, the stone was thought to be serendibite (another very rare stone): However subsequent tests, including specific gravity and refractive index, showed the stone to be grandidierite. [9] This research was published in a Gems and Gemology article "The First Transparent Faceted Grandidierite, From Sri Lanka", in Volume 39, No. 1 / Spring 2003. [10] 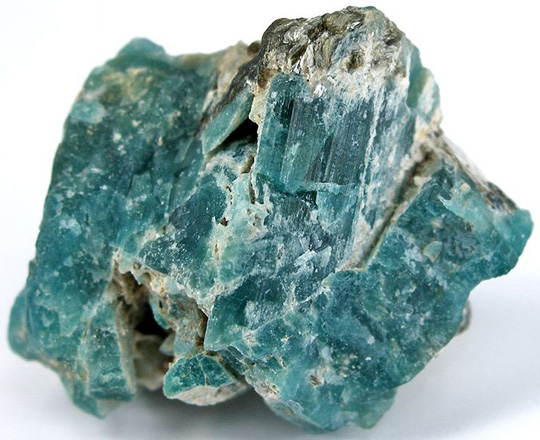