Fluorapatite, sometimes known as fluoroapatite, is a type of apatite. Pure fluorapatite is colorless, but due to impurities it can occur in several colors including green, blue, pink, purple and yellow. Its chemical formula is Ca5(PO4)3F, calcium fluorophosphate. Fluorapatite often occurs with hydroxylapatite. [1] 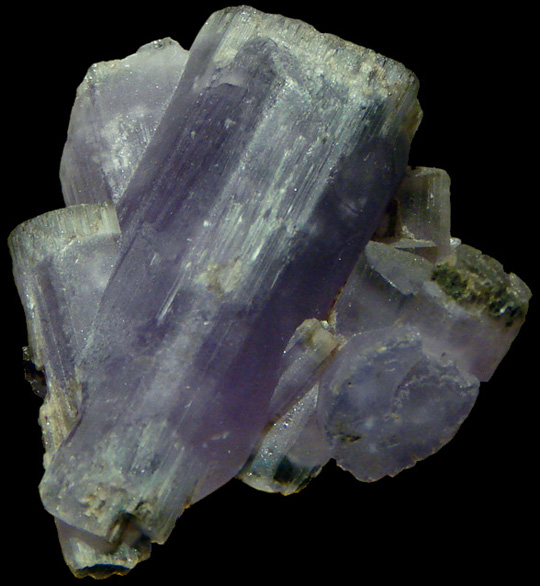 Fluorapatite is the most common of the phosphate minerals, and its major use in the world is industrial. Large apatite deposits are mined for their phosphate content, to be used as a chemical fertiliser for agriculture. [2] Fluorapatite is also used as an industrial source for the manufacture of pure phosphorus.

Although fluorapatite's main uses are industrial, it does sometimes form "gemmy" prismatic crystals. However, with a hardness of only 5 on the Mohs scale, it is uncommonly fashioned into gems, and is more likely to be seen in in a mineral / crystal collection.

The term fluorapatite was used at least as early as 1844, where it occurs in Johann Gottlob von Kurr's Grundzüge der ökonomisch-technischen Mineralogie ("Economic and Technological Mineralogy", written in German.) [3] The mineral was also mentioned in the Philosophical Magazine of 1850, however in that text it occurs as two separate words: "Fluor apatite". The element fluorine was first described by French physicist André-Marie Ampère in 1811, who was reporting on Carl Wilhelm Scheele's 1771 experiment in isolating hydrofluoric acid from the mineral fluorite - however hydrofluoric acid was very dangerous and fluorine was not isolated as a pure element until 1886. [4]

Fluorapatite occurs in many locations in the world, including Brazil, Austria, Australia, Canda, China, Czech Republic, Germany, Italy, Russia, Slovakia, Switzerland, United Kingdom and many places in the USA. [5]

Note - The IMA (International Mineralogical Association) has recently made changes to the naming system of apatite minerals, and fluorapatite's new "official" title is Apatite-(CaF). However, the name fluorapatite is still widely used. [6] 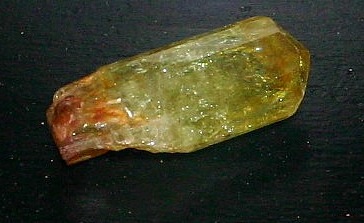