Feldspars are the most common mineral on earth, forming around 60% of the earth's crust. Feldspar has the chemical formula xAl(Al,Si)3O8 - or "x aluminium silicate" in which x can be sodium, calcium, potassium, or a combination of these in varying quantities, forming a series known as a "solid solution". Feldspars are usually light colored and cleave well along structural planes. [1] 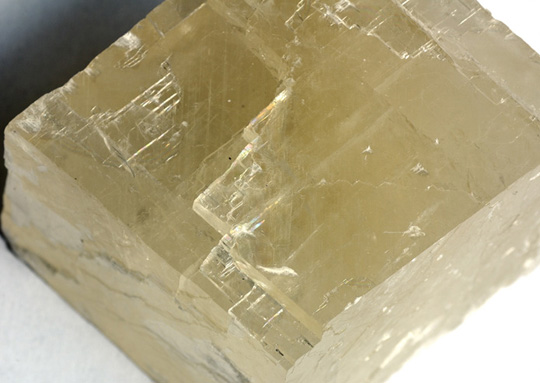 The vast majority of feldspar mined goes towards industry - and feldspars are used in the manufacture of glass, ceramics, paint and several other products.[1] However, some feldspars may yield gem quality stones, as can be seen from investigating the gemstone types listed above.

There are also other obscure (and sometimes quirkily named) varieties and subcategories of feldspar - including svyatoslavite, dmisteinbergite; and the rare feldspars including buddingtonite (contains ammonia), reedmergnerite (sodium, boron instead of aluminium), slawsonite (strontium and calcium), banalsite (barium and sodium), stronalsite (strontium and sodium) and lisetite (calcium and sodium). [3] Altogether, at least 40 varieties of feldspar have now been identified. [4]

Of all these, some make popular gems - especially moonstone, labradorite, amazonite, sunstone, and the rare noble orthoclase. Noble orthoclase is often highly transparent, free from inclusions and yellow in color. [4]

The word feldspar derives from the words feld - meaning "field", and spar - meaning "easily cleaved". [4] According to [4], the term "Feldspar" does not appear in mineralogical literature until the mid 18th century. Wallerius' 1753 text "Mineralogy" is mentioned as the first occurence of the word. OED [5] lists its earliest recorded use of the term as 1757; however, in this reference it is spelt feldspath. OED also mentions several other spellings: fieldspar, feldspat, felt-spat, feltspar. The word derives from German - and "Feldspat" is mentioned at least as early as 1706 in the Designatio Avium Musei Platoniani, written in that language. [6]

The term "spar" used to describe a type of easily-cleaved rock is much older - and is mentioned [5] as far back as the 16th century. Spars (or Sparrs) of many types were categorized in old times, for example Bolognian spar, tabular spar, heavy spar and iceland spar are among those listed in OED. [5]

Going back further, Nehemiah Grew's 1685 Museum Regalis Societatis or a Catalogue and Description of the Natural and Artificial Rarities Belonging to the Royal Society has a long list of spars, including Copper-Spar, Mundick-Spar, Iron-Spar and the gloriously named Mother-Spar of the Tin Ore. At that time, it appears that the classification of spars was not as scientific as it is today, but was rather more a collective term. Grew states "...the specifick difference betwixt the Stalactites and the Spar, is, that the former, is always Opacous (sic), and never angular: the latter, always or usually perspicuous, and never round." [7] 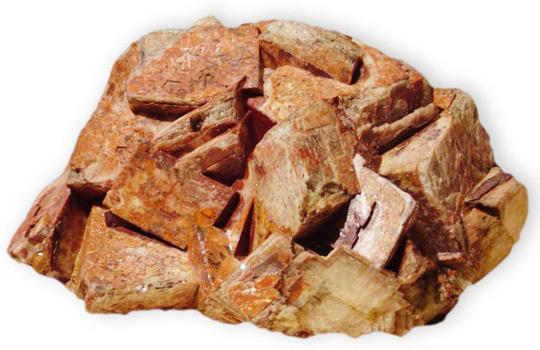