Diopside is a monoclinic pyroxene mineral that was first discovered in around 1800. It has the chemical formula MgCaSi2O6 and typically forms dull green crystals, although various other colors are known. Diopside derives its name from the Greek words, dis and opsis meaning "double" and "appearance" respectively. This name was given to Diopside because of the two possible orientations of the vertical prism. [1] 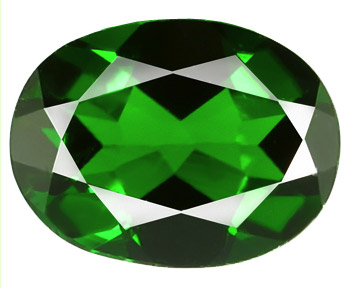 Diopside is found in some ultramafic igneous rocks and also in metamorphic rocks. Diopside has also been famously found in many meteorites that have fallen on Earth. In addition to these, the localities of diopside are well scattered all over the world - with 2952 localities listed in Mindat. [2]

The most popular diopside variety with gemstone aficionados is the rich, attractive green chrome diopside. Much of this comes from the Ural Mountains in Russia. Another interesting quality of the chrome diopside is that they are sometimes found near kimberlite pipes - and so are used by prospectors as an indicator for the presence of diamonds.

Tashmarine® (a brand name) is another popular type of Diopside crystals, found in the mountains of Xinjiang Province in China. The Tashmarine Diopside crystals are yellow-green to blue green. The largest Tashmarine is over 70 carats. Tashmarine was first discovered in 200, making it one of the most recent of all gemstone discoveries. [3]

A fourth variety of diopside that is of interest to gemstone collectors is star diopside. This stone is a shiny deep-green to black stone that is so dark in color that it almost appears opaque. However, due to the presence of fine rutile, the stone displays asterism - the appearance of a star in the stone when held under bright light. Star gemstones are typically cut as cabochons in order to display the asterism effect. With star diopside, the "star" is 4-rayed, whereas with several other star stones, such as star ruby and star sapphire, the star is 6-rayed. 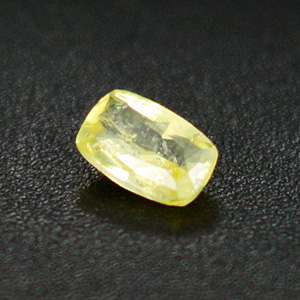 In addition to these varieties, colorless, pale green, brown, grey and white crystals of Diopside have been found in found in many countries, including Austria, Italy, Finland, Siberia, Canada, USA, Afghanistan, India and Pakistan. The largest crystal of Diopside was found in New York.

The rarity of the best rich green Diopside gems makes them highly sought after in the niche gemstone market and prices may reach several hundred dollars per carat for high quality Tashmarine diopside. However many reasonable faceted diopside gemstones can be obtained for prices around $10-$50 per carat. [1]