Creedite is an extremely rare sulphate mineral which is found in very few locations in the world. Though most of these locations do yield crystals of Creedite very few of them produce gem quality Creedite crystals. 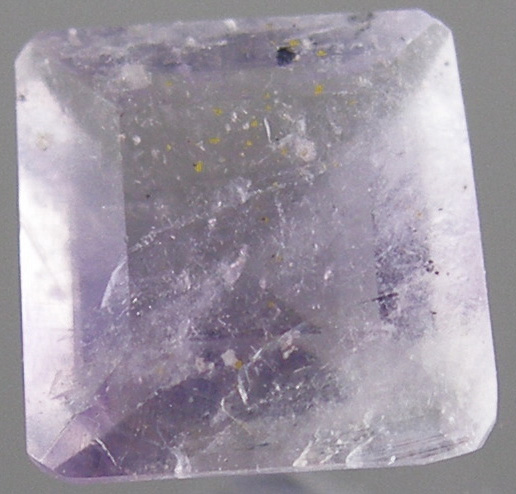 Creedite was first discovered in 1916 in Creede in Colorado, USA - hence deriving its name from the locality in which it was discovered. Creedite occurs naturally in stunningly beautiful radial crystalline formations - often in the colors of lilac and rose. Creedite is found in Kazakhstan, Mexico, Russia and in USA. Most of the localities of Creedite crystals are in the USA and Mexico and these locations also yield gemstone quality Creedite crystals. The largest crystals of Creedite that have been unearthed were found in Mexico and in Creede, California.

Creedite is extremely rare. It is a product of intense oxidation of ore deposits. It generally occurs in low grade and medium grade metamorphic rocks. Creedite in medium grade metamorphic rocks is typically found at points of a sulfide matrix whose products have been oxidized. Similarly crystals of Creedite also occur in skarn formations which have associated with sulfides, limonite, spangolite, kaolite, linarite and cuprite. Creedites generally occur as radial prismatic crystals of 3 mm in length. Formations of Creedite can be at least 8 cm in size and the crystals can be drusy or granular in habit. Single Creedite crystals are very rarely found.

Creedite is composed of calcium aluminum sulfate fluoro hydroxide. The IMA grades Creedite as "grandfathered" and the chemical composition of Creedite classifies it as a halide mineral. Creedite displays monoclinic prismatic properties. Creedite in its natural formation is prismatic and also bladelike.

Creedite is not very dense at 2.7 g/cm3. It is neither radioactive but display strong dispersion optical properties.

Creedite also displays pleochroism - an optical phenomenon in which the gemstone appears to change color. This phenomenon is typically more pronounced in polarized light, such as sunlight.

As with most gemstone varieties - "color is everything" to the aficionado: The stunning purple and bright orange colored Creedite crystals are extremely sought after among gemstone and mineral collectors. Often the beautiful stunning radial formations of the Creedite crystals are displayed in mineral displays and collections. Rare purple gemstones of Creedite which are just 0.3 carats command a high price and are considered prized possessions among gemstone collectors.