Cassiterite is Tin Oxide (SnO2) crystals and has been the most important ore source of tin throughout history. Another well known form of tin oxide is rutile. 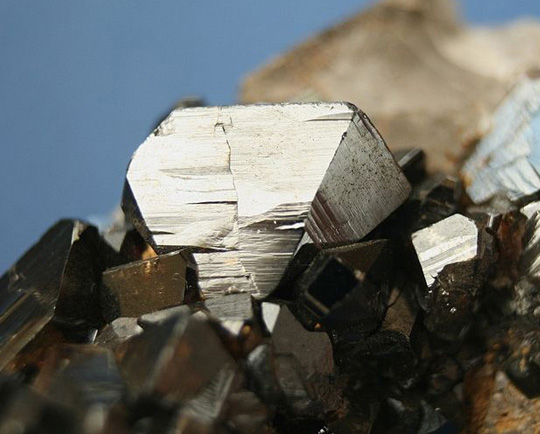 Cassiterite can take several forms, including massive (an irregular mass of indistinguishable crystals), botryoidal (rounded "blobs"), reniform (kidney-shaped), or prismatic (crystal columns). Cassiterite crystals are typically opaque, brown to black, shiny and metallic-looking - and these can be appealing to mineral collectors. However, cassiterite crystals are sometimes found in the form of at least partially translucent / transparent crystals - and as can be seen in the second image, these are on occasion fashioned into cut gems.[1]

Cassiterite has a hardness of 6-7 on the Mohs scale [1] and crystallizes in the "Tetragonal - Ditetragonal Dipyramidal" crystal system. [2] It can be found in association with tourmaline, topaz, fluorite, apatite, quartz, muscovite, wolframite, molybdenite and others. [1]

The chief source of cassiterite nowadays is Bolivia - but the mineral is also found in many places around the world - including Ecuador, Brazil, Thailand, Malaysia, Indonesia, Russia, Australia, The USA, Canada, China, and the Congo (where it is considered a "conflict mineral" due to fighting for control over cassiterite resources in the Walikale territory.) [3]

Cassiterite used by industry goes towards the manufacture of tin which is used as an ingredient in solder used by the electronics industry. There have, sadly, been reports of cassiterite sourced through child slave labor reaching the world's industrial supply chain. This issue appears highly complex - mines in the Congo may be in war zones and lack adequate governmental control to prevent human rights abuses.[4]

Tin has been in use since ancient times. Utensils made from brass (a tin-copper alloy) date from around 3,500 BC. Pliny referred in 49 AD. to the existence of tin-lead alloys, which we now know as solder. In ancient times, tin was mined in England and Spain.[5] It was one of the seven noble metals and was attributed to Jupiter.

Cassiterite gained its name in an interesting and unusual way. It was named after the "Cassiterides", which were said to be islands "off the western coast of Europe". The Cassiterides were discussed by Herodotus in his History - and he believes their identity to be the British Isles, though he admits to being somewhat uncertain as to their identity. [6]

Some have speculated that they were the Scilly Isles - but the exact location of these islands has never been found and it is currently believed that their existence may have been an invention of Phoenician traders who wished to exert control over the tin trade by keeping the source of their supply secret. The existence of the Cassiterides may have been a total fabrication to preserve the secrecy of the location of the tin mines in England: Cassiterite was once mined in Cornwall, England and in ancient times the old Cornish tin mines were an important source of the ore - prior to their being exhausted. [7] [8]

Cassiterite has certainly been known about since ancient times - however the earliest mention of the word I can find in literature is in François Sulpice Beudant's 1832 Traité élémentaire de minéralogie (Volume 2 p.618). Knowing that the mineral has been in use since ancient times, it must previously have been known by different names - and in William Phillips and Robert Allan's 1837 An Elementary Introduction to Mineralogy (p.250) we find a list of these names - Zinnstein (German), Etain Oxide (French), Tinstone, Pyramidal Tin Ore, Stannolite (English).

Peering back further into the arcane vaults, we find in Nehemiah Grew's 1681 Musaeum Regalis Societatis (p.328) that the mineral was at that time simply called tin ore or tin-stone. The name stannolite does not appear to have been ancient - however it derives from the old latin name for tin - Stannum. 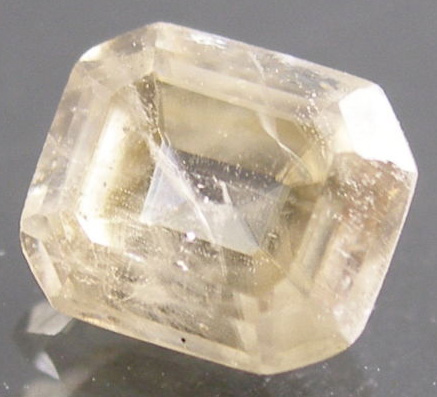