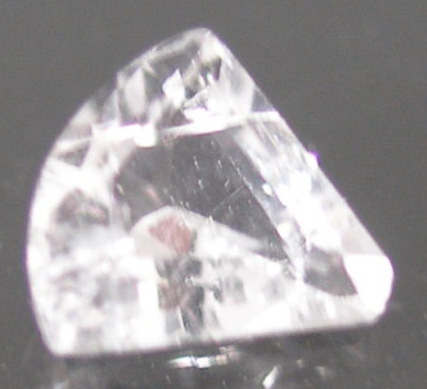 Beryllonite in its natural form can occur as tabular to short prismatic crystals. It is also often seen in the form of spherical aggregates, fibrous or massive (i.e. a shapeless mass) habit.

Beryllonite, like most rare earth gemstones, is quite brittle with hardness of 5.5 on the Moh’s hardness scale. The crystals also display conchoidal fractures which contributes to the brittle nature of the Beryllonite. The crystals however are quite dense with a density of 7 g/cm3. Beryllonite, unlike many other gemstones, is not very soluble in hot and concentrated acids. It often takes few hours and constant heating and stirring of the acids for the crystals to completely dissolve. Beryllonite crystals on dissolving change into herderite.

Beryllonite generally occurs in the colors of white or as transparent colorless crystals in the natural form. Pale yellow crystals of Beryllonite also occur but are extremely rare. The crystals range in luster from sub-vitreous, resinous, waxy or greasy. [3]

Beryllonite is not typically cut as a gemstone - however it has been done, as evidenced by the image top left. As beryllonite has a refractive index that is not particularly high (no higher than quartz), it is not very brilliant as a gemstone. Although beryllium is classified as a rare mineral , the crystals of Beryllonite are not popular in the common gemstone markets across the world because the crystals of Beryllonite typically lack hardness, fire and color. However their rarity and uniqueness means they do have some interest to collectors of rare minerals.

Beryllonite has also been found in chatoyant (cat's eye) form. [4] 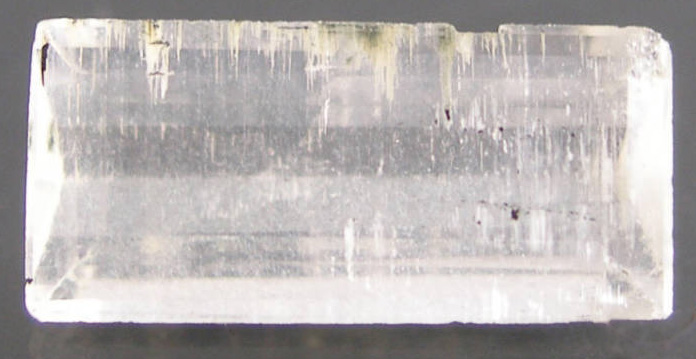