Axinite is the collective name given to a group of calcium aluminium boro-silicate minerals. The group includes: Ferro-axinite (brown/black; as can be seen in the photos, similar in color to smoky quartz); Magnesio-axinite (pale blue to gray); Manganaxinite (yellow-orange - sometimes with red fluorescence [1] ) and Tinzenite (yellow). Axinite has the chemical formula (Ca,Fe,Mn)3Al2BO3Si4O12OH. [2] 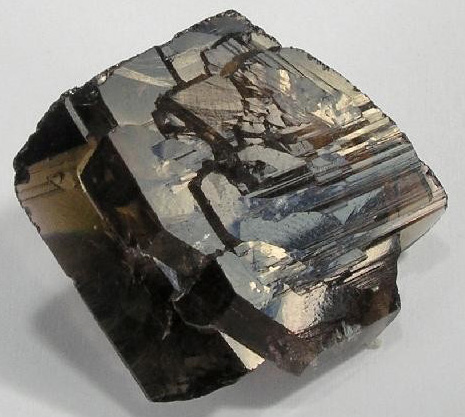 Axinites are interesting and unique in shape - they are triclinic, which means that they have no axes of rotation or planes of symmetry, but do have a center of symmetry. The facets are irregular in shape and angle, but have "inverted partners" on the opposite side of the stone. [1] The crystals are typically tabular (flat in appearance, like a "tab"), wedge-shaped and can have sharp edges: They somewhat resemble axe-heads, which is how axinite got its name! The word originally derives from the Greek acine which means axe. [3]

Axinite is piezo- and pyro-electric - which means heat or pressure can generate an electric charge within it. As a result, it is known to attract dust and require cleaning more often. [4]

Axinites have been found in many places including Mexico, France, Australia, Cornwall (England), California and other locations in the USA. [5] [6] Axinite may be faceted into gemstones but is more often seen in mineral / crystal collections than in the form of a gemstone. It is easily fractured - and as can be seen from the images, the thin edges of the stones are somewhat prone to damage. [7]

Axinite is commonly held to have been first discovered by the famous mineralogist R.J.Hauy in 1797 [3]. However Robert Jameson's 1820 "A System of Mineralogy " has it that Axinite was first described by Rome de Lisle, who grouped it with schorl (i.e. black tourmaline). He goes on to say that it was Werner who recognized it as its own species of gemstone - naming it Thumerstone or Thummerstone, as it was found in Thum in Upper Saxony - and that it was named axinite by Hauy. [8]

The earliest mention of the word axinite I can find in literature is in the Histoire Naturelle, Générale et Particulière of Georges Louis Leclerc Buffon (comte de) and Charles Sigisbert Sonnini, of 1799; however Johann Gottfried Schmeisser's 1794 System of Mineralogy lists Thumerstone, and states that it was originally discovered by a "Mr. Desfontaine". [9] Assuming that the Thumerstone mineral described by Schmeisser is the same Axinite, the earlier date of Schmeisser's work suggests that discovery by Hauy in 1797 is incorrect: It's most likely that Hauy was the first to name the stone axinite.

Axinite with a violet tint was originally called yanolite. 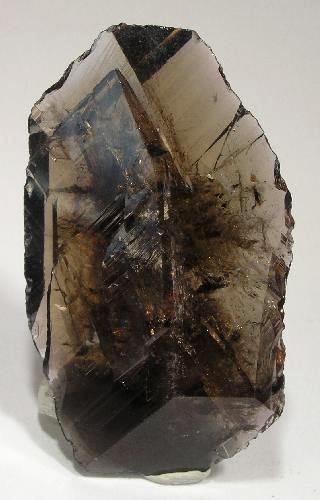