The mineral aurichalcite is named after the fabled and mysterious Orichalcum of Atlantean legend, though whether it has any actual connection to the ancient mineral described by Plato, is not known and is now thought quite unlikely. Orichalcum was described by Plato in Critias, his legendary description of Atlantis, and the Greek word originally meant "mountain copper", "mountain brass" or "mountain metal". 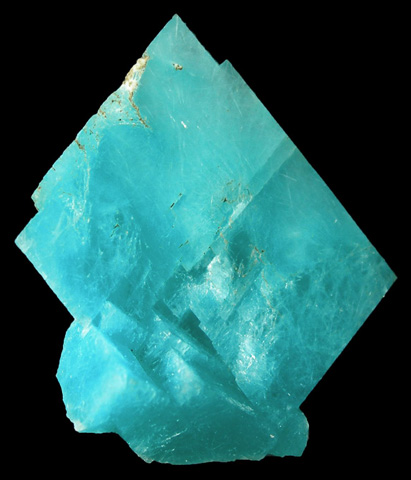 The exact identity of Plato's Orichalcum is not known - although there are many speculations, including some wild ones! The mineral aurichalcite does contain a high proportion of copper and zinc, and this is why it was given its name (brass is a copper-zinc alloy). However aurichalcite typically has a blue / blue-green color: Plato described the mythical orichalcum as reflecting "flashes of red light". [1] [2]

Aurichalcite has the chemical formula (Zn,Cu)5(CO3)2(OH)6. It was named in 1839 and was first found in Western Siberia, Russia. It typically occurs in the oxidised zone (weathered upper zone) of copper and zinc deposits. [1] As aurichalcite contains zinc and copper, which are the constituent elements in brass, it could be considered to be a natural ore for brass. However, it does not occur in sufficient quantity to make brass on an industrial scale. [3]

Aurichalcite is typically found as blue or green mats of tiny crystals; needle-like or feathery druze (aka druzy, drusies - a surface of tiny crystals) and is not commonly found in columnar crystal form. [4] It is soft, as crystalline minerals go, with a hardness of 2 on the Mohs scale and specimens are often fragile. For this reason it is better suited to mineral collectors than use in jewelry. [3]

Aurichalcite has been found in association with limonite, rosaite, smithsonite, hemimorphite, hydrozincite, malachite and azurite. Its distribution in the earth's crust is widespread, and notable examples have been found in Russia, Sardinia (Italy), France, South-Western USA (Arizona, New Mexico, Utah, California and Colorado), Namibia, Congo, Iran and Mexico. [5] [6] 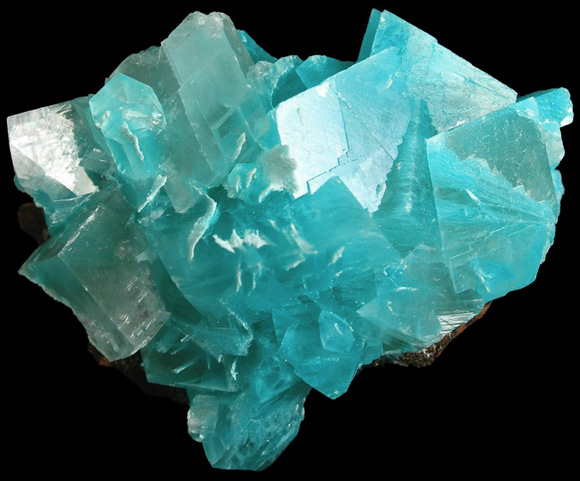 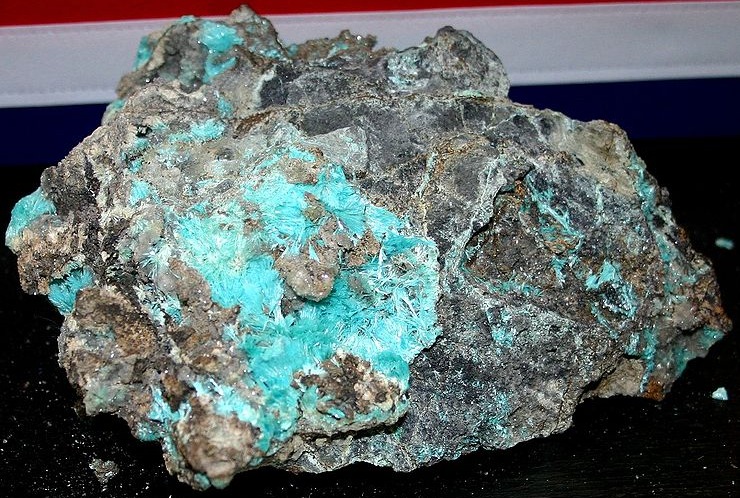