Andalusite is an aluminium (aka aluminum) silicate mineral with the chemical formula Al[AlSiO5]. It was first discovered in Andalusia (Spain), hence the name. [1] The andalusite from Spain sometimes occurs in transparent form and this has been used as a gemstone. [2] 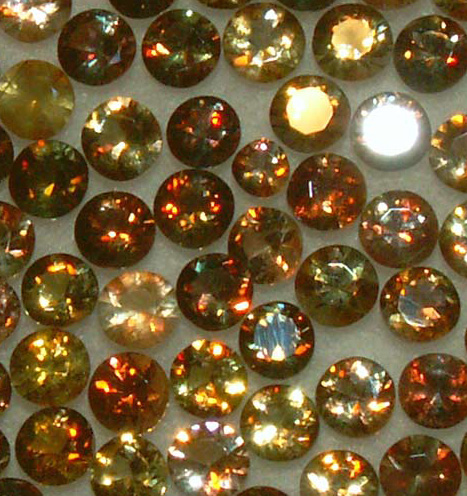 Andalusite gemstones are known for their unique pleochroism; in andalusite this occurs as trichroism, revealing three different colors - yellow, olive green, red - when the stone is viewed from different directions. Cutters aim to orient the gem so as best to show off the pleochroism - and it's said that fancy (i.e. non-round) shapes such as the rectangular cushion cut give the best emphasis to the color effect. As andalusite is durable it is generally suited for use in jewelry. [3]

Andalusite is polymorphous with the minerals kyanite and sillimanite.
This means that these minerals all share the same chemical composition, but vary in crystal structure. For example, graphite and diamond are two polymorphs of carbon. [5]

Andalusite was first described by Jean-Claude Delamétherie in 1798. [4] The earliest reference to it I can find in literature is in Arthur Aikin and Charles Rochemont Aikin's 1807 "Dictionary of Chemistry and Mineralogy", which states "Its color is flesh red verging on rose red. It occurs massive and crystallized in rectangular prisms. Its fracture is imperfectly foliated;... It is translucent; is harder than quartz, and sometimes even than spinelle. [6]

Andalusite is mentioned in the British Encyclopedia of 1809, where it is recorded that it was also known as hardspar.

An interesting variety of andalusite is chiastolite, which is known for its symmetrical black graphite inclusions which sometimes occur in the shape of a cross. It was also known as Lapis Crucifer, which is Latin for "cross-bearing stone". [7] This stone is sometimes seen cut into slices so as to show the cross patterns.

Andalusite is a lesser known gem and andalusite gemstones are relatively inexpensive. Looking online, prices for stones in the 1-2 carat range seems to be around $60 per carat at retail (Sept 2010). 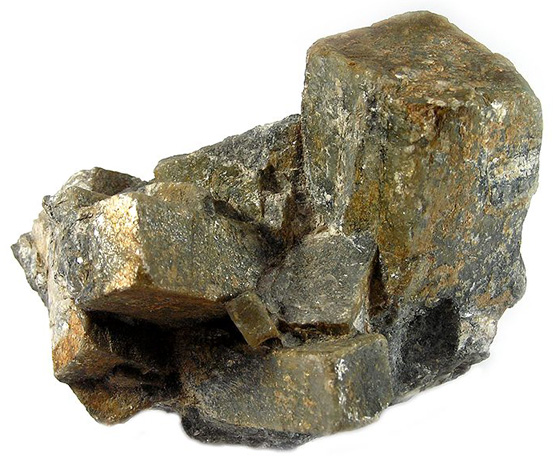 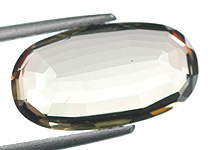