Albite is a commonly-occuring type of plagioclase, which in turn is a type of feldspar. [1]

As with other feldspar minerals such as moonstone, labradorite and anorthite, albite is sometimes faceted as a gemstone, although less commonly so. Although it can sometimes have fine, transparent clarity, albite has a very low dispersion, meaning that the gemstone's ability to separate light into prismatic colors is low. It has perfect cleavage in one direction and as can be seen in the second image, the surface of albite crystals is often striated (i.e. grooved). 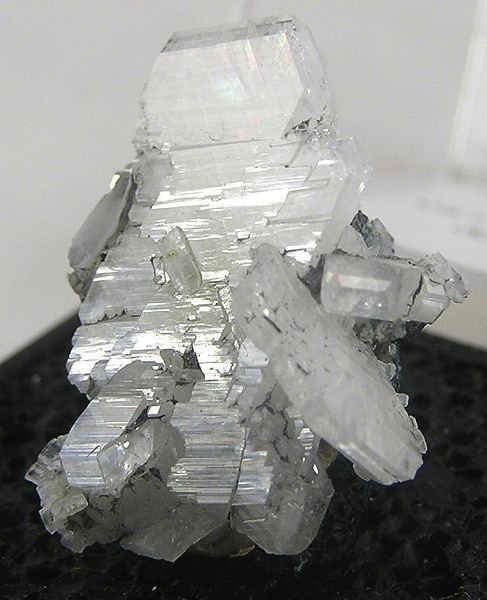 Albite is isomorphous with orthoclase and anorthite, meaning that these substances crystallize with the same structure, and have varying chemical composition. Albite is considered by geologists to be an end member of both the plagioclase and the potassium feldspar solid solution series. [2] The potassium feldspar series however is only stable at high temperatures. [1]

Pure albite has the chemical formula NaAlSi3O8, however being a member of a solid solution series, it often occurs in a "mixture" with the "calcium endmember" anorthite (CaAl2Si2O8); with calcium replacing the sodium in varying amounts. In order to be classified as albite, the mineral must contain less than 10% anorthite. [3]

The majority of albite found is opaque, and for this reason most of the albite seen in mineral collections is in the form of "matrix" material; in other words albite is usually the "ordinary rock" from which a more precious crystal is protruding! Albite is found in association with many other minerals - common examples being tourmaline and quartz. Albite has a hardness of 6.0-6.5 (Mohs), slightly less than that of quartz.

Albite's occurence is widespread, and Mindat.org's locality listing has over 6,000 locations at which it has been found.

Other albite varities include: Albite-porphyry, a variety of porphyry containing albite crystals; cleavlandite, a "lamellar" variety with thin crystalline albite plates; albite-felsite [4] and jade-albite. [5] Porphyry is a word with several meanings; however in geology it is a purple igenous rock that has been used since ancient times as a decorative stone. [6] Jade albite, also known as maw-sit-sit or chloromelanite, is a mottled, predominantly green mineral composed of kosmochlor, jadeite and albite. It is used as a gemstone and has been found in Myanmar. [5]

Albite appears to have been named in the 18th century: The earliest mention of it I can find in literature, using that trusty quick-reference of Google Books, is in Achille Delesse's 1761 "Etudes sur le Métamorphisme des Roches" ("Study of the metamorphism of rocks"). Albite is typically white, hence the name which derives from the Latin word albus which means "white". Albite has also been known to occur in green [7], gray and bluish-white. [8]

Albite is a component of moonstone. In moonstone, albite and orthoclase separated into very fine layers as the rock cooled, giving rise to moonstone's intersting optical quality of adularescence.

One of the most notable albite gemstones is the 42.62 carat cat's eye albite in the USA National Gem Collection at the Smithsonian. [9] 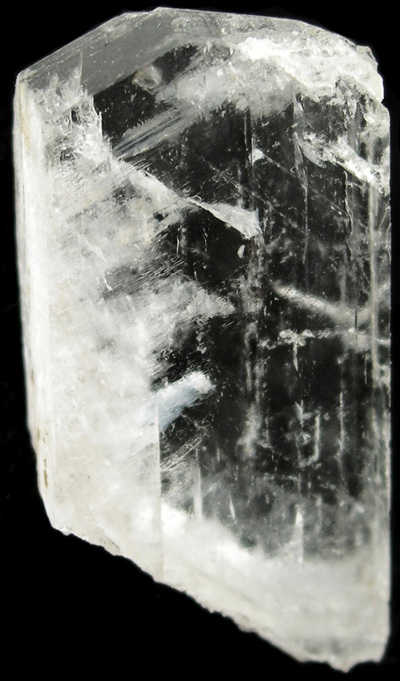