Adamite is a zinc arsenate mineral that occurs in the oxidized zone of zinc- and arsenic-bearing mineral deposits. The oxidized zone is the decomposed or weathered exposed upper part of a mineral vein. [1] 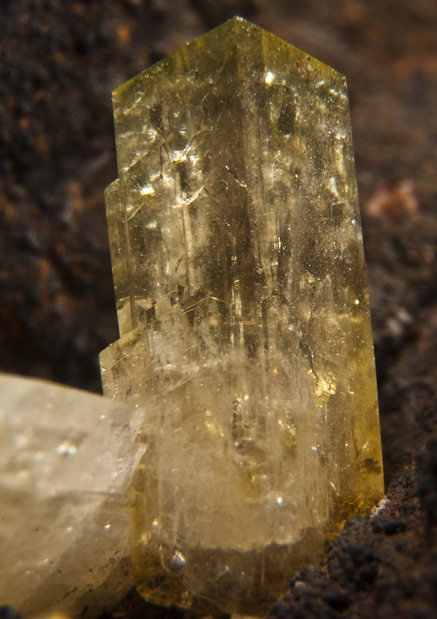 Adamite was named after Gilbert-Joseph Adam, the French mineralogist (1795-1881), who first discovered the stone. Pure Adamite would be colorless, but colorless specimens are rare. It typically has the yellow / lime color, as seen in the examples in the photos, due to iron and copper molecules in the mineral structure. Adamite's chemical name is zinc arsenate hydroxide, and it has the mineral structure Zn2AsO4OH. [1]

Adamite is isostructural (meaning that it has the same molecular structure) as olivenite (copper arsenate hydroxide.) It can be seen that cuprian adamite (aka. cuproadamite) is an intermediary between adamite and olivenite [4] , and that the amounts of zinc and copper in the mineral are variable.

Adamite tends to form in a habit that is somewhere between botyroidal (globules) and druse aka. druzy (a "carpet" of minute crystals). Together with its typical green coloration, it is usually easily distinguished from other gemstone varieties. [4]

Adamite has a hardness of 3.5 (Mohs scale), quite soft and so is not ideally suited to use as a faceted gemstone. However as can be seen from the second image, it is occasionally faceted for collectors. Adamite has a density of 4.4g/cm3 and may have the interesting properties of fluorescence and phosphorescence under ultraviolet light. [4] 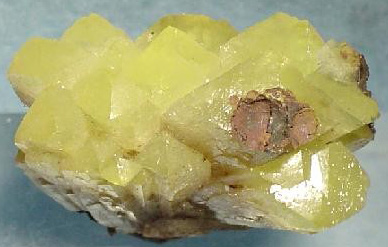 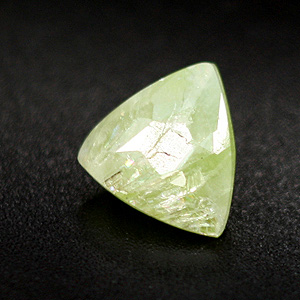