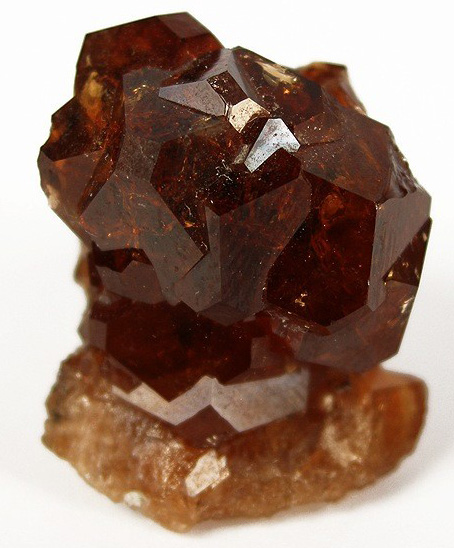 Garnets are part of the neosilicates group of minerals, and have the general chemical formula X3Y2(SiO4)3 - where X is most commonly calcium, magnesium, manganese or iron, and Y is most commonly aluminium, iron or chromium. [4] Garnets are "isostructural", which means that they all have the same crystalline structure.

The chemical formulas of the six most common garnets are:

There are also a large number of other garnets - which demonstrate the wide range of ion substitution possibilities that the garnet's crystal structure allows. These include rare species such as:

Although commonly found in shades of red, garnet can also exist in many other colors, depending on the variety. Also, the mineral's color will depend on whether there are impurities of other metal ions - for example vanadium, which occurs as about 1% by weight of the rare blue garnets from Madagascar.

Garnets are a popular material for gemstones - yet, due to their hardness, garnet finds more extensive use in the manufacture of abrasives and drilling technologies. Firgues from the United States Geological Survey demonstrate this well: In 1994, the United States produced around $14 million in industrial garnet and around $233,000 in gem garnet.

Some rare types of garnet change color under different types of light, and some display the quality of asterism - reflecting a "star" of light - when cut en cabochon.

Of particular interest to collectors and connoisseurs is demantoid garnet, a vivid green variety which is uncommon and sought after.

Yttrium aluminium garnet, known as "YAG", is a synthetic garnet which does not occur naturally. YAG is grown in laboratories and prior to the advent of cubic zirconia, was used as a diamond and other gemstone simulant. It has the chemical formula Y3Al2(AlO4)3. [7] Depending on the additional elements included, YAGs may be created in many different colors including yellow (titanium added), blue (cobalt), red (manganese) and several more. [8] YAG is used in laser technology, and also it is still sometimes found as a colored gemstone simlant: It has a higher refractive index and hardness than emerald (its hardness is just over 8 (Mohs). [7]

Garnet is the birthstone of the astrological sign of Aquarius / month of January. 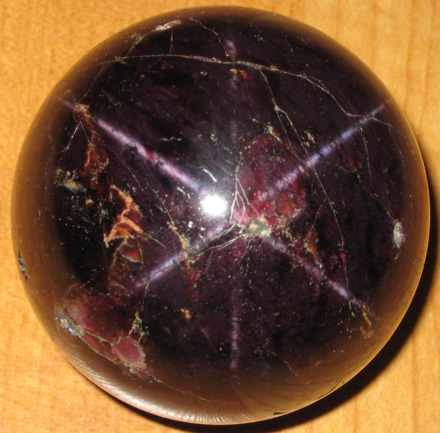 Star Garnet
The "Star of Idaho" - reported to be 3322 carats and the world's largest six-rayed star garnet.
Star garnet is only found in Idaho (USA) and in India. 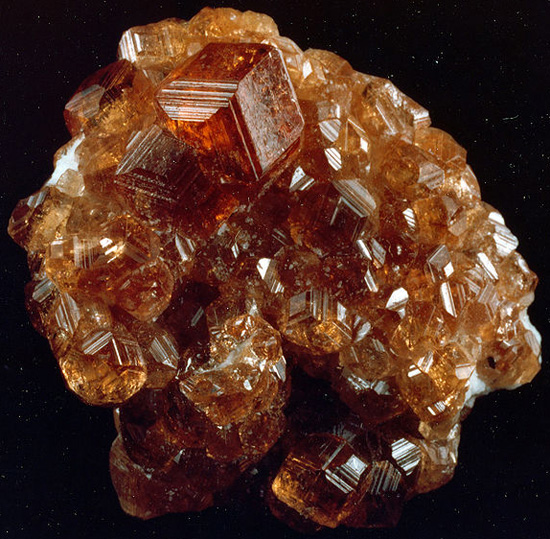